Today is a different type of post. No food, no recipes, just a little more insight into who I am and some advice I have for others. Specifically, this is for anyone who is a future military spouse.

My husband and I met in college. We were together for many years, eventually moving back to where I grew up in Massachusetts, getting secure jobs and starting a life together. The only problem was he had a masters degree that was going to waste. Architecture was not an easy community to break into and jobs were scarce. After much deliberation, he decided to give the military a shot and try to become a part of the US Navy Civil Engineer Corps.

There was some back and forth. At one point, he was told there weren’t enough spots and he wouldn’t be selected. We sighed and accepted it and settled back into life as we knew it. Then he got a call… just kidding. There is a spot for him. Within a couple months, he was gone to basic training.

After that part was over and we were reunited, we had a few weeks together before he had to move to California to continue his training for the CEC. This is also were we would be stationed once he was officially in. We had to make some big decisions. The first one was that since he would be so busy with classes, then directly going on his first deployment overseas, it made more sense for my to stay in Massachusetts and keep working my full-time job for the better part of a year and spend time with my family and friends. The second big decision was… do we get married?

Every little girl imagines her wedding day. What she’ll look like, the venue and, back in the day, my fantasy probably involved Leonardo DiCaprio or a Backstreet Boy. I had songs I wanted to play. I had an idea of making my own dress with a train covered in white silk flowers, for some reason.

As I got older, I got more practical. I also got more anxious and the idea of planning a wedding seemed incredibly stressful to me. Before the military was in the picture, I was fine being in my mid/late 20s and just living with my boyfriend. I was in no rush. But now, I had to be.

We got engaged on Christmas Eve 2014 and were legally married about 3 weeks later. We did it this way for the same reason a lot of other military couples do it… money. I hated the idea. I hated that my loved ones wouldn’t be there, I hated that it was just at the courthouse, I hated that I would have to explain for the rest of my life why I have two anniversaries. But it just made sense from a practical standpoint. As a married couple, your housing allowance goes up, pay goes up and I could get onto the Navy’s health insurance, which was very important, since I was eventually quitting my job.

Our courthouse wedding happened when he moved to California and I went out to help him find a temporary housing situation and see where I would eventually be living next fall. It was strange. It was like going to the DMV. You fill out papers. You wait. You sign more papers. You wait. Then they brought us to a separate area to perform the ceremony, basically a blocked off section of cubicles with a plastic trellis arch and fake flowers. Unbeknownst to us, we had to do the whole “for better or for worse” deal, led by an extremely sassy judge and a witness who they pulled out of a random work station, who spoke little to no English. It was hard to keep a straight face, because it was unexpected and felt like a scene from a sitcom.

Afterwards, the judge asked if we had an iPhone, so she could take our picture. We did, and she did, and that was that. We drove to the beach and had champagne with a fancy lunch, trying to give some sort of weight to the day. We returned to our hotel and started calling up family members and our closest friends to say “guess what we did today…”, which was actually pretty fun. Some of them thought we might be doing the marriage thing that week, but I never fully committed to the idea until the day we decided to go through with it, so essentially we were calling everyone to say “Surprise! We eloped.”

A couple days after we got married, I flew back to Massachusetts. Besides one more trip in the spring to attend the annual Seabee Ball in California, I didn’t see my husband for the first 8 months of our marriage, another part of this whole plan I hated.

Now came the, uh, fun part: planning a real wedding ceremony. Actually, we decided early on we’d refer to it as a wedding “celebration”. As much as I wanted it, I dreaded it. I had this anxiety that people wouldn’t want to come, or think it was stupid that I was having a wedding month and months after being legally married. I felt like calling it a ceremony would be a lie and that everyone would be rolling their eyes as I walked down the aisle.

Looking back, it was a lot of internal struggle for nothing. I got on message boards and websites for other military couples and realized it was a more common practice than I had thought. I heard from (and eventually over the past couple years, met) a ton of spouses who went through the same process, with the same doubts. Will my real wedding not be taken seriously? Will my loved ones be annoyed? Does this mean anything? Should I even bother? 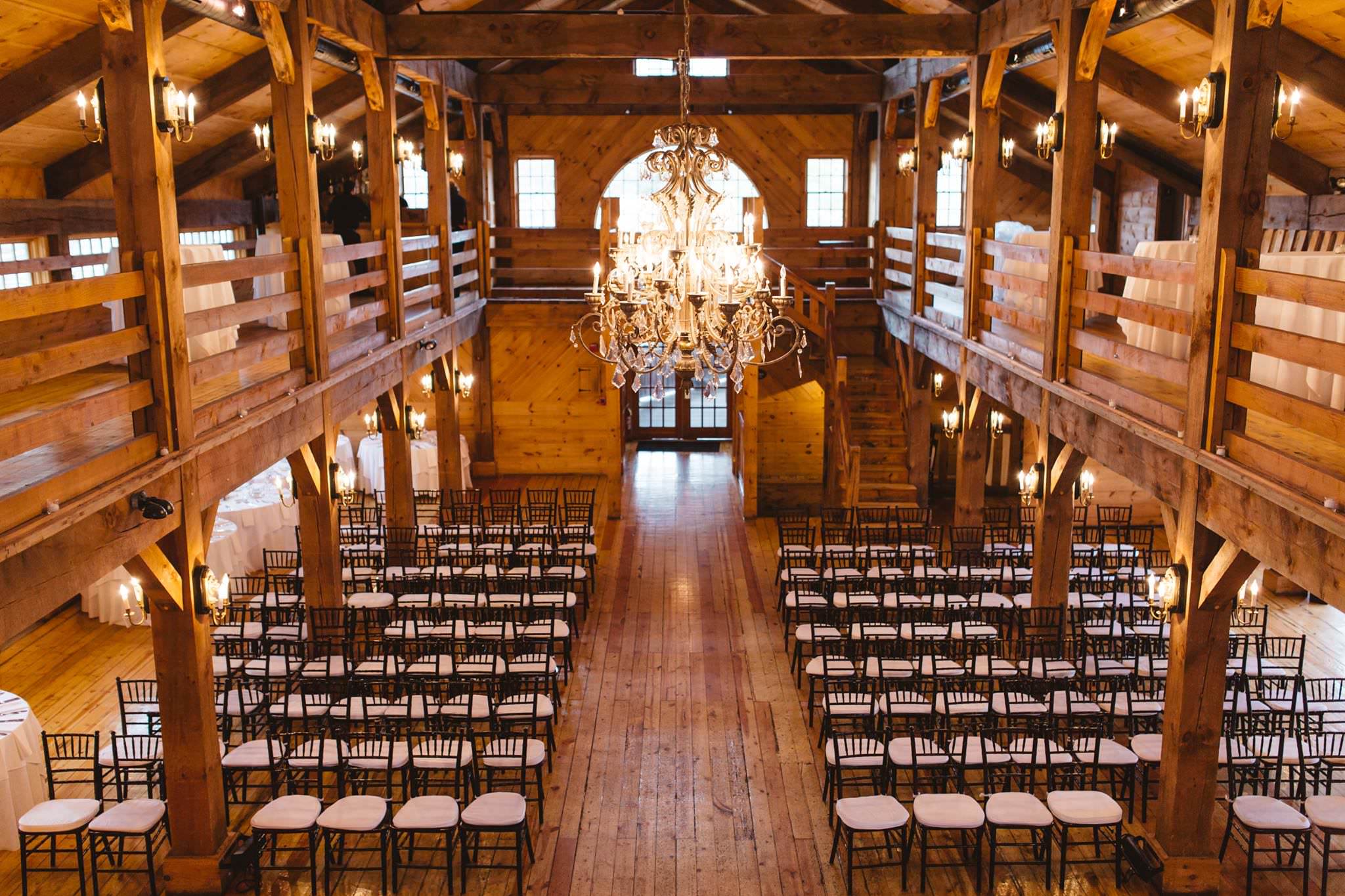 So I did it. I picked out my dream venue in Massachusetts, rustic and charming. I got my dream cake, layers of double chocolate, tiramisu and my favorite, strawberries with whipped cream. Best of all was my dress. My mother, sister and two of our best family friends took me to New York City for the day to shop at Kleinfeld Bridal, where they film “Say Yes To The Dress.” I did not elect to be on the show, but they did happen to be filming the day we were there, so it was very cool to see it. My consultant, Lisa, is prominently featured on the show. She was SO NICE and understood what I was looking for and didn’t put any pressure on me. I ended up trying on a dozen dresses, but going back to the very first one I put on that day, a romantic, lacy Maggie Sottero gown that I had fell in love with online. It was the perfect experience.

What I wanted the most out of my wedding was for it to be fun, for everyone. My brother in law performed the ceremony and was amazing and hilarious. Our bridal party was small, with only my sister and sister in law beside me, and my husband’s two best friends with him. I walked down the aisle to Ellie Goulding’s version of “Your Song”, we closed the ceremony with When In Rome’s “The Promise” (my 80’s movie moment, in my mind) and my husband picked out our first dance song, “Stay Young, Go Dancing” by our favorite band, Death Cab for Cutie. There was a late-night after party in a hidden basement club at the venue with pizza and french fries for everyone to snack on.

We definitely skipped some of the traditional aspects.We did our first look during our pre-wedding photos so we could get the formal portraits out of the way and actually join our guests during cocktail hour between the ceremony and the dinner reception. There was no gift registry, no throwing of the bouquet and no first dances with parents. We cut the cake while everyone was still finishing dinner, because we wanted to get to the party as fast as possible and not interrupt the dancing for anything, other than one epic group photo taken from the balcony. We did things the way we wanted, mostly with the goal to maximize the time we spent with our guests.

A lot of people kept giving me the advice to “prepare for at least one thing to go wrong” on the big day and to just roll with the punches and enjoy myself. Honestly, there were no glitches. We got our good luck rain, but fortunately it was only during the indoor ceremony. The beginning of the day when we were out taking our photos in the gardens was sunny and clear. 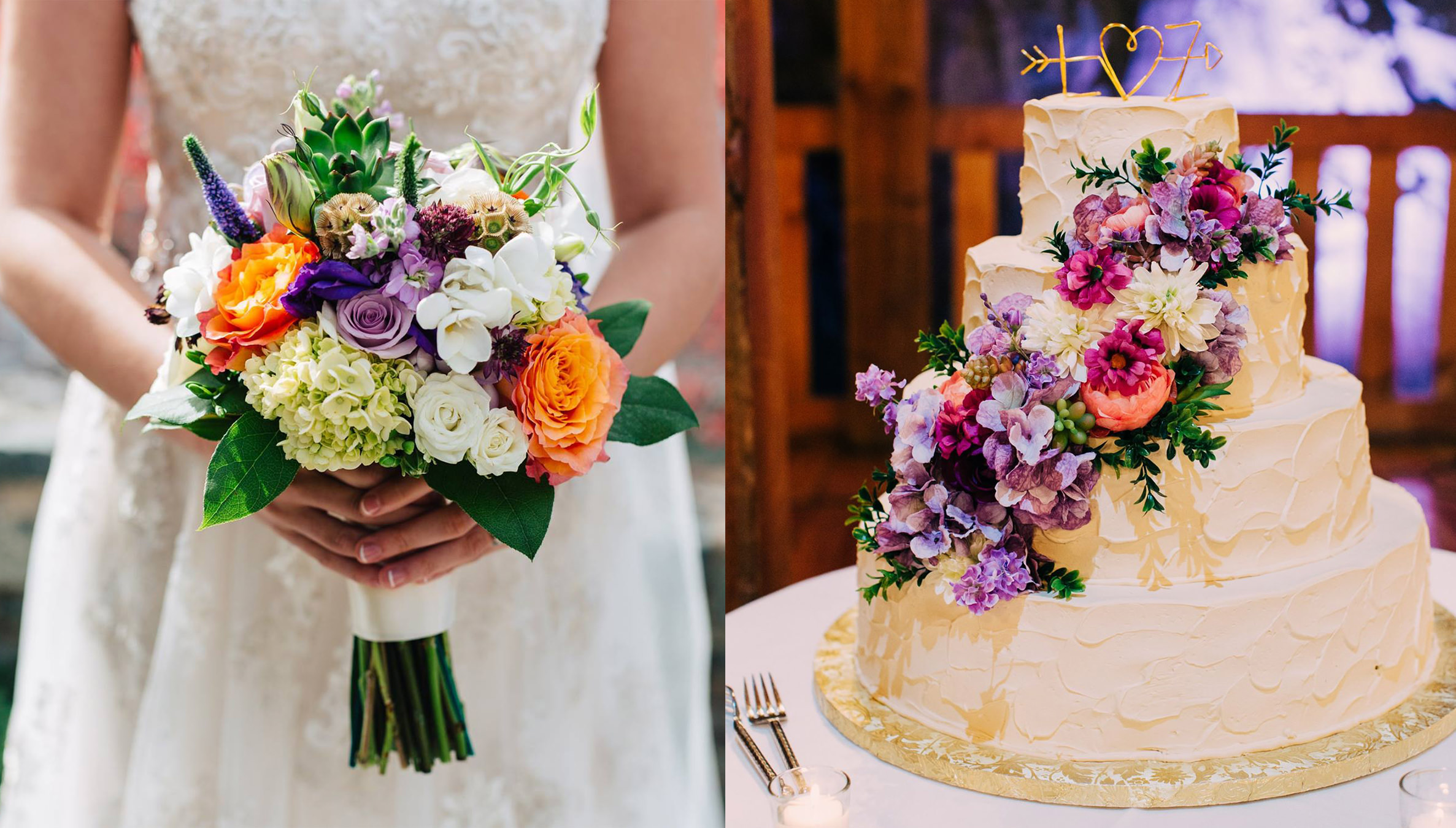 All my vendors showed up on time and exceeded my expectations, from the beautiful flowers (that included succulents, and even rosemary for the guy’s boutonnieres), to the delicious cake, to the incredible photographer. My maid of honor, my sister, made sure everything went off without any added stress to me. It was literally a dream come true, and I can’t think of how the day could have gone any better. It was the most fun and most magical day of my life.

And NO ONE acted like it wasn’t a real wedding. It WAS a real wedding. That’s why we choose to celebrate May 6th instead of January 15th. My husband I spent so much time apart that year we were legally married that it didn’t seem right until we said our own written vows and threw the party we wanted, surrounded by the people we love and who love us the most.

To anyone having to make these same decisions: Have the wedding, whenever it makes sense for you. Don’t focus on the timing and the paperwork, focus on what makes a wedding special to you. Do what makes you happy and what satisfies all those fantasies you had when you were a kid, dancing around your room with a blanket on your head for a veil. (Uh, I mean, not that I did that, or anything…)

So even though we’ve been husband and wife for over three years, Sunday was my second wedding anniversary. It’s not exactly what I imagined as a little girl, but there’s not a thing I would change about it now. 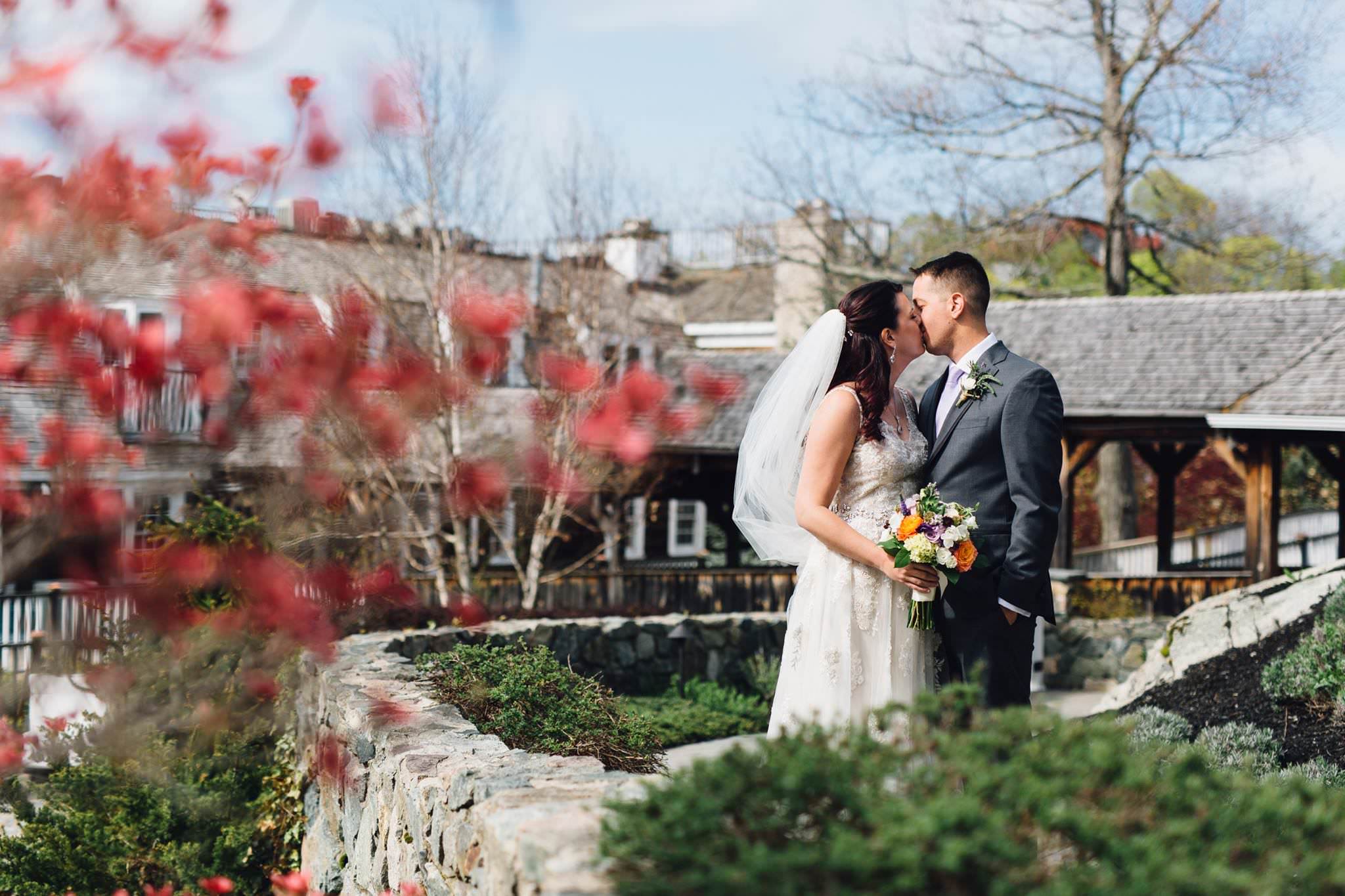 4 thoughts on “A Tale of Two Weddings”