I’m a few days behind on blogging, but I have a good excuse, like I always do. We spent a week in Hawaii, house hunting! I don’t want to say too much and jinx anything, but I think I’ll have some good news to share in one of my next posts.

It was also my 31st birthday the last day we were in Hawaii. Everyone was saying how great it was to spend it there, but in reality, it was the most stressful day of the whole trip. We made an offer on one house and after a lot of ridiculous back and forth, phone calls and emails, the deal wasn’t going anywhere. We realized this home wasn’t going to be for us just as we boarded our red-eye home. The process is exciting and fun at times, but I was also so exhausted by it.

Everything happens for reason (at least, I sure hope so) and I’m confident that the direction we are going in now is the right one. Whatever house we wind up in, dude, it’s on the island of Oahu. It’s amazing. It’s like 1/3 beautiful beaches, 1/3 urban/suburban wonderland and 1/3 giant Jurassic Park mountains. No really, Jurassic Park was filmed there and I plan on eventually going on ALL THE TOURS!

I’m realizing this is the second post in a row that I’ve shown love to movies from 1993. (Hocus Pocus came up in my last one.) Obviously, this was the golden era of films. And obviously, I’ve gone a little crazy with the hyperlinks. Maybe it’s time to get to recipe?

This side dish came about after we got home from our trip. It was a week of eating and drinking in vacation mode, which isn’t always the best. I was craving fresh vegetables, we didn’t have anything in our fridge, and I stupidly went to the store without a list. I just picked out a bunch of veggies. 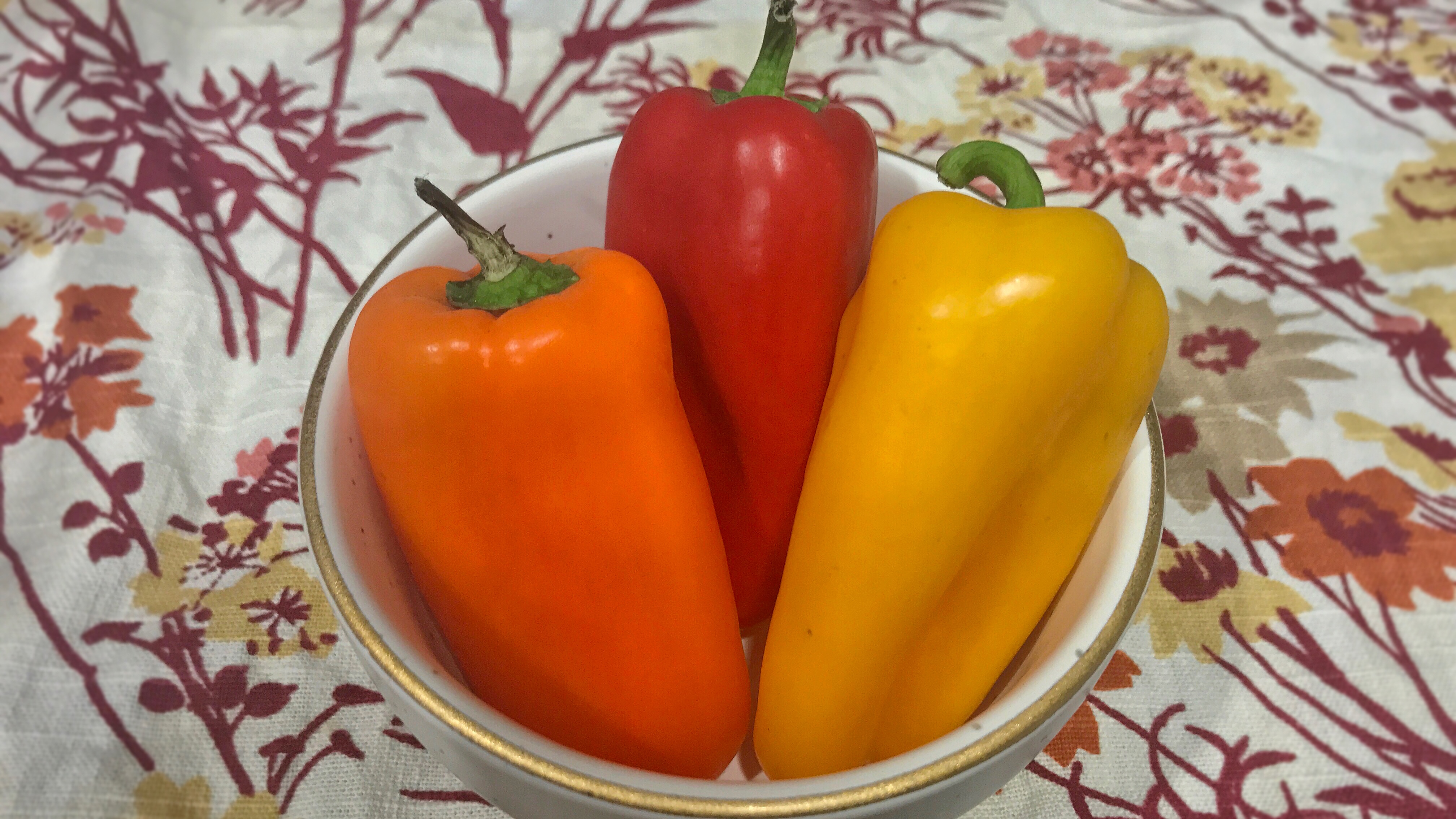 “Sweet peppers, those look pretty. An onion, super. Oh, we haven’t had asparagus in a while.” -my inner grocery store monologue.

Once I got home, I grabbed some chicken out of the freezer to thaw and noticed I had a couple bags of frozen sweet corn hanging out in there. Lightbulb moment. Time to break out the wok, we’ve got a stir-fry on our hands. 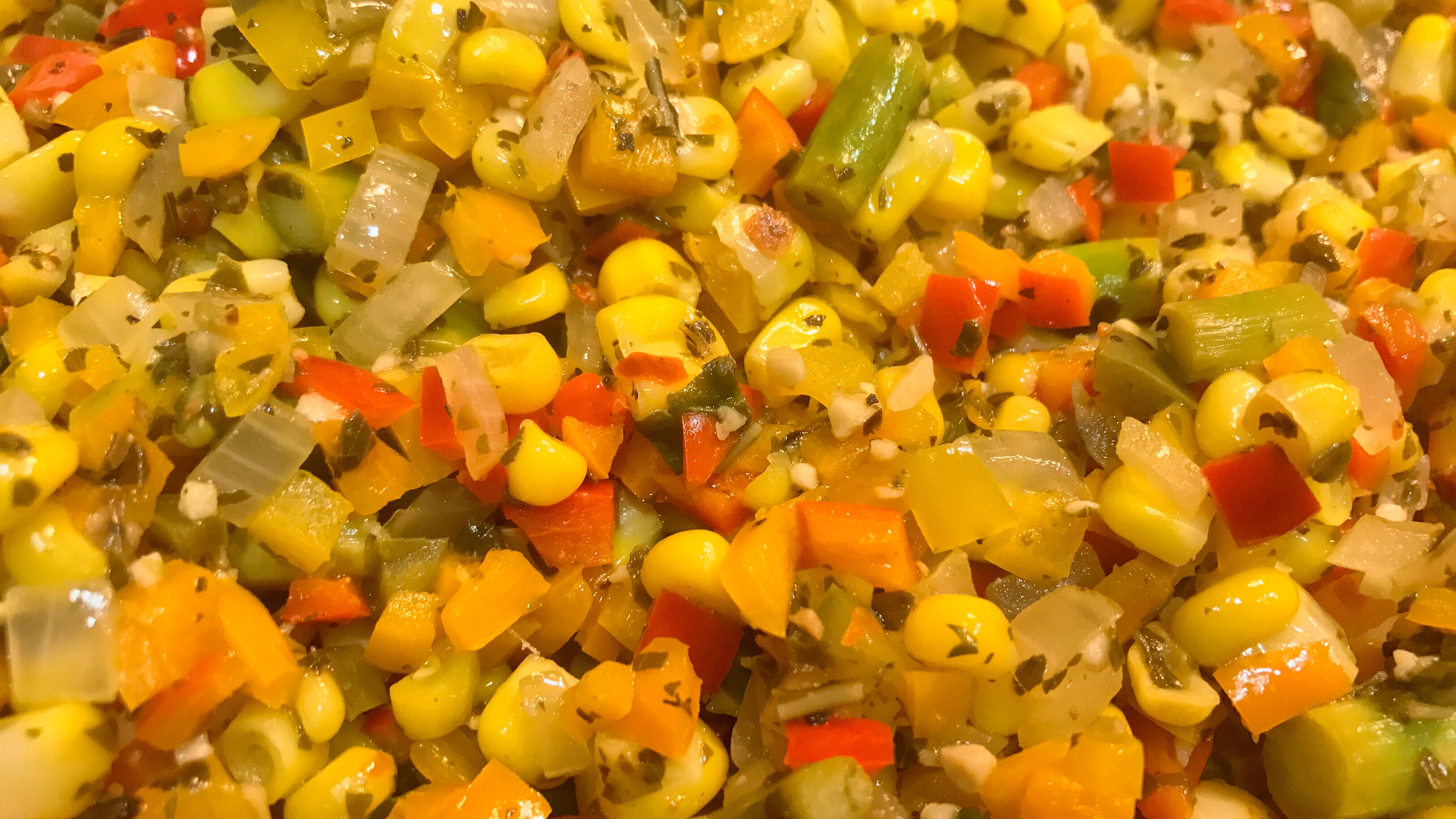 There are two key tricks here. First, prep everything and have it ready to go when you turn on the stove, because it only takes a few minutes and you’re going to be stirring a lot. You just want to grab the next thing and dump it in. 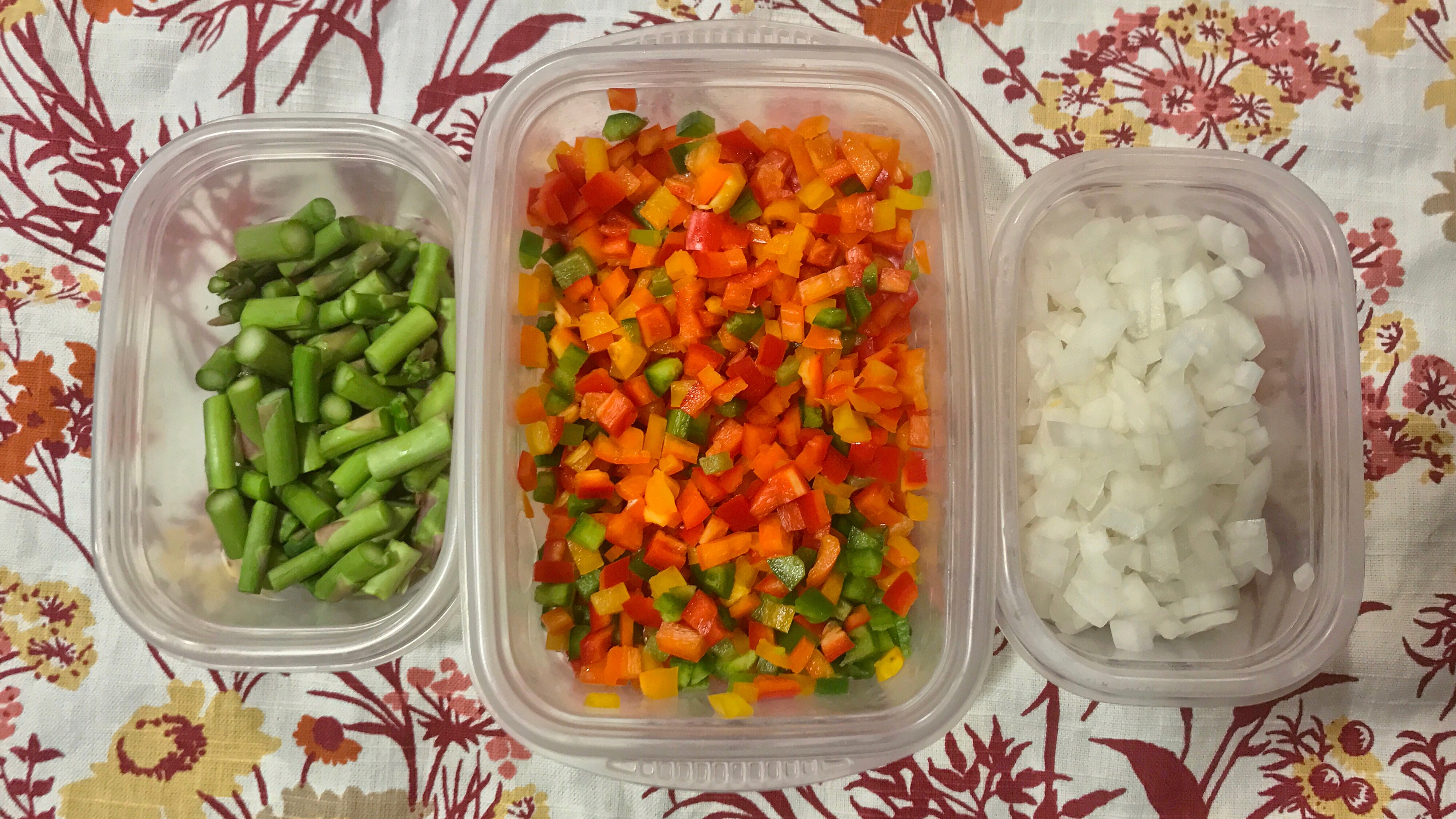 The second trick is that all the veggies should be cut down to similar sizes. They will cook more evenly if they’re as uniform as possible.

The pesto was a last minute addition. I was planning on just using the olive oil and lemon juice to keep it light and fresh. I was tasting as I was cooking, and felt like it needed something to bring it all together. I found a jar of store-bought basil pesto and figured that was pretty in line with the herbs I had already added. It was just enough to really punch up the flavor, without overwhelming or weighing down the dish. Actually, when I told my husband what was in it, he said he would have never guess there was pesto in it. 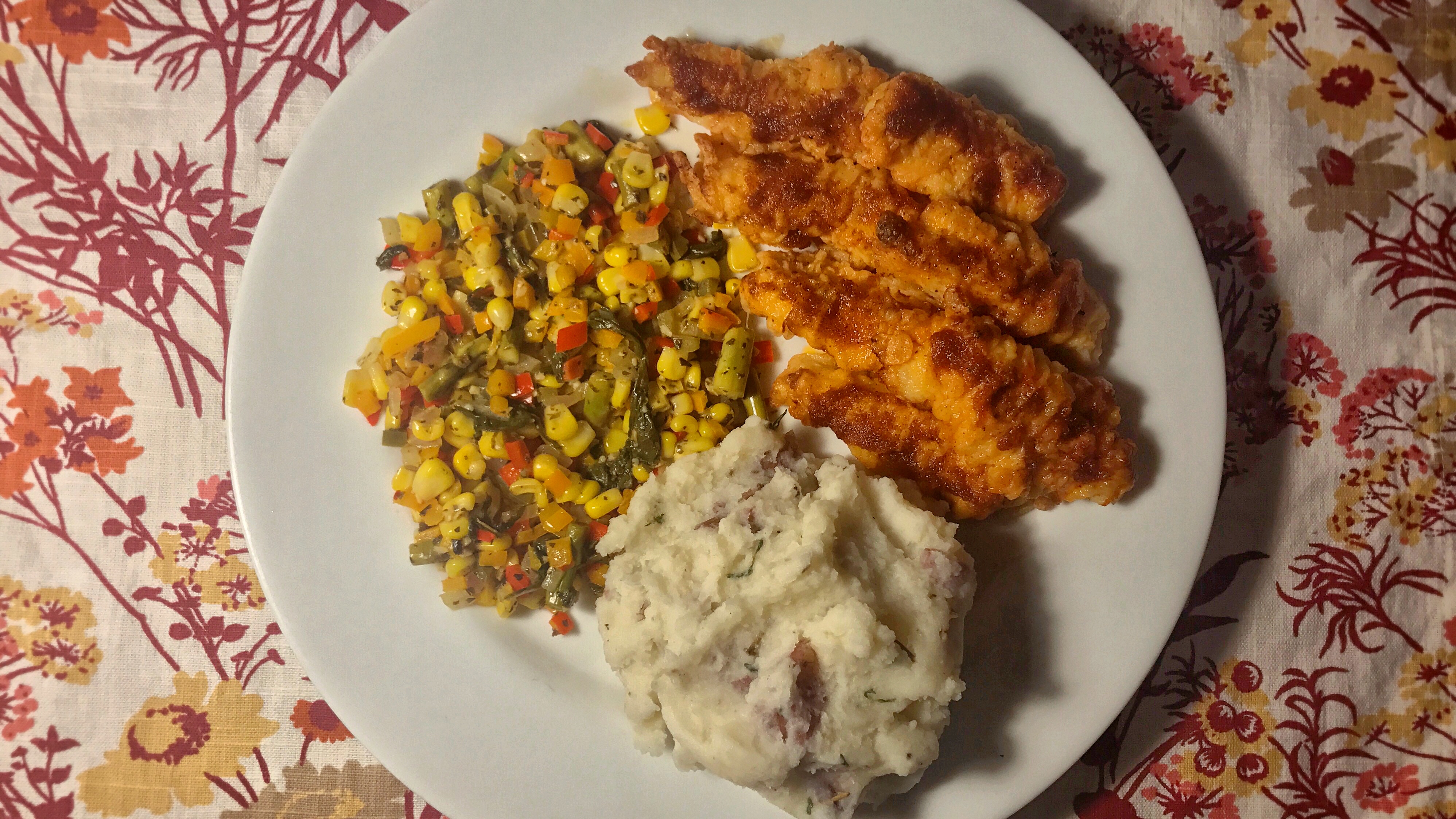 I plated this up with some spicy chicken tenders and mashed potatoes, both homemade. This recipe will make 4-6 servings easily, so I also grilled some chicken to prep a couple lunches. 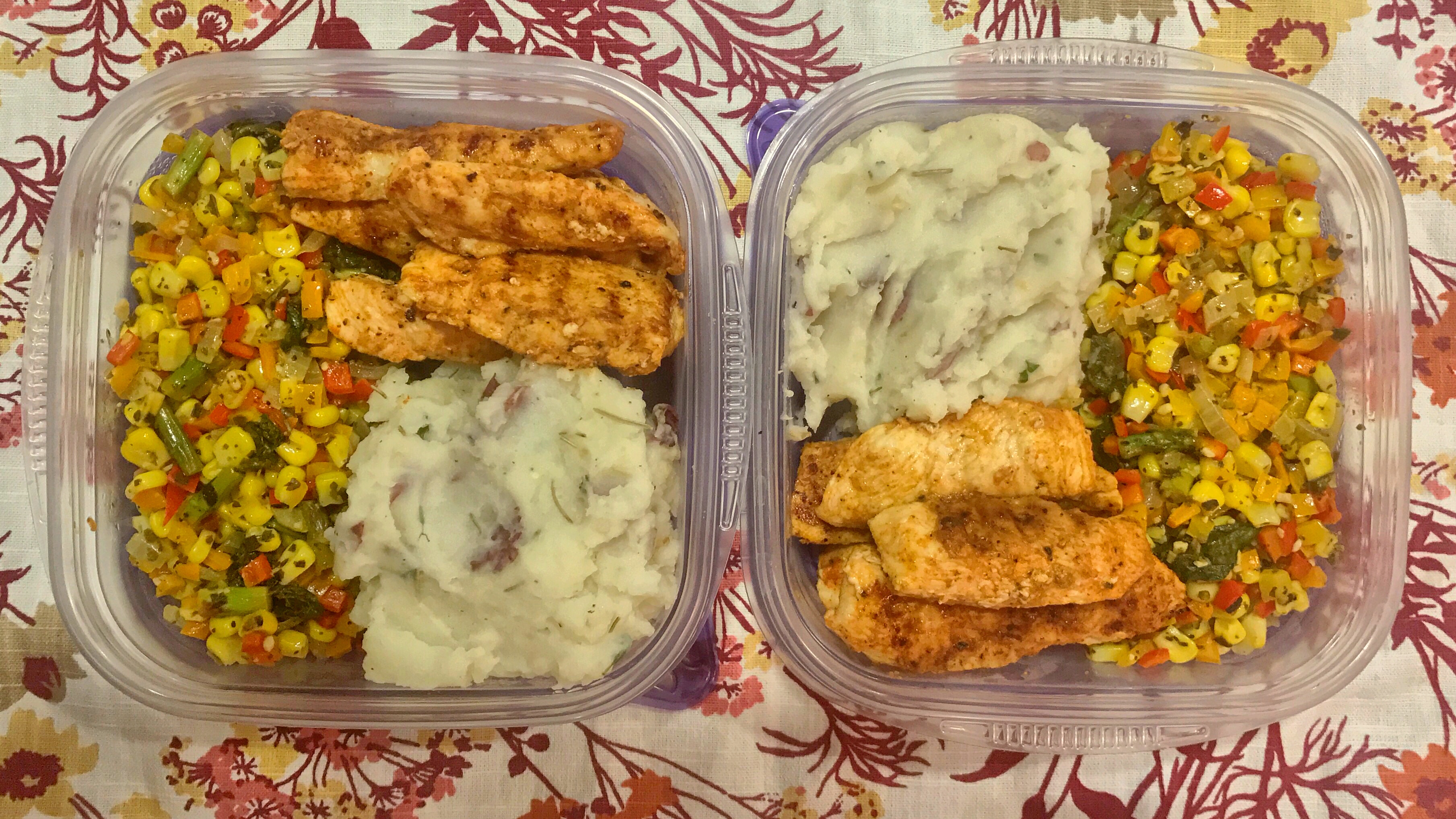 Much better than a PB&J, don’t you think?

This would also be really lovely on a platter with some salmon or scallops over the top. The leftovers are great to wrap up in a burrito with some ground beef, or with beans and rice if you are vegetarian. A vegetable stir fry is such an easy way to make a colorful, fresh side dish that can work for almost any dish.

Fingers crossed that the next time I post I will have good news on the house front! Until then… happy cooking!

There was an error retrieving images from Instagram. An attempt will be remade in a few minutes.